Cybersecurity and the Labor Gap Crisis

In March 2021, Congress passed the American Rescue Plan Act. This legislation extended several critical federal programs like unemployment and student loan deferral to help citizens continue on the path to recovery after the past year and a half of COVID-19.

A little-known part of this legislation is the $200 million allocated for hiring in the technology and cybersecurity sector. This money is earmarked to support what has become a significant skill and labor gap in the cybersecurity market, one intimately related to the escalating cyber threats we face today.

A Year of Cybersecurity Threats

For the most part, data breaches that have made the front page are those that impact consumers. Attacks on organizations like Target or Sony risk the personal and payment information of millions of people... and yet, these events seem to leave the public consciousness as quickly as they enter.

It's notable, then, when major infrastructural attacks become common knowledge. Just in the past year and a half, several high-profile attacks have threatened critical utility and IT resources in the U.S.:

These are high-profile cases, but they are hardly the exception. Thousands of attacks occur daily, and an increasing number of these are tied to state-sponsored actors waging cyber espionage against U.S. government assets and national infrastructure.

It seems counterintuitive, then, that there would be a shortage of cybersecurity labor. But, as Gartner reports, the crunch for capable experts is real and growing.

Additionally, David Shearer, CEO of nonprofit organization (ISC)2, stated that there simply were not enough cybersecurity professionals on the market to combat foreign threats. "We are outnumbered," he said in an interview with CNBC, which has a cascade effect of encouraging even more hackers to attack systems with a sense of impunity.

What Is the Solution for the Labor Gap? 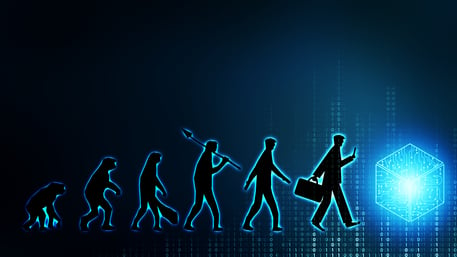 The Biden administration has started us off on the right foot, by prioritizing hiring and resources in the industry. This makes sense, considering the challenges agencies and contractors face in protecting sensitive data. But there isn't a single solution to the problem at hand. It will take several approaches, addressing different problem areas, to jumpstart interest in cybersecurity.

Some of those approaches include:

National Cybersecurity Is a Shared Responsibility


As we are learning, the cyber defense of the nation isn't an individual problem. It is a shared one that we all have the power to solve. That means supporting our companies and our IT infrastructure while cultivating the next generation of professionals that can fight on the next big front in cyber warfare.

Ready to empower your cybersecurity and compliance objectives? Contact SecureStrux to learn how our managed security services can help.