Tap to Call Tap to Email

Arlington-based SecureStrux showed their small business versatility when security managers at the National Guard asked them to help upgrade their network infrastructure and harden it for near future CCRIs. Since the third quarter of last year, the woman-owned firm has performed on five different contracts with the Guard totaling over $1M. 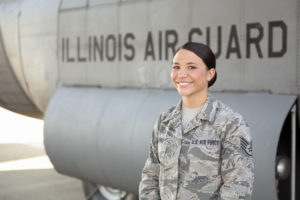 Because of SecureStrux’s strong and longstanding Command Cyber Readiness Inspection (CCRI) reputation, former DoD Intelligence Officer and SecureStrux Managing Partner Sienna Crawford was introduced to the National Guard program office in Colorado where she was asked to help with ongoing CCRI Staff Assist Visit(s) as a Woman-Owned Small Business.

As an accomplished career Veteran of the Air National Guard, Sienna was able to lead her team to successfully complete the initial project and because of the teams success and through word-of-mouth, SecureStrux was brought on board with the Louisiana Army National Guard in September of 2017 to assist them with their upcoming CCRI in May of 2018.  Because of the partnership between the LAARNG and SecureStrux, LAARNG earned Excellent rating on both their NIPRNet and SIPRNet inspection.

Not stopping there, in November 2017, SecureStrux was awarded yet another National Guard contract to support a full turnkey deployment for 802.1x for both NIPR and SIPRNet environments. Using a multi-disciplined approach, Sienna’s team prepares organizations to meet CCRIs requirements to ensure the network installations are CCRI-ready from day one. This proven methodology saves both time and money for the unit.

SecureStrux's diverse team of cyber experts includes long-standing  Defense Information System Agency (DISA) inspectors who bring a wealth of hands-on, practiced experience to help DoD directorates reinforce and maintain secure CONUS and OCONUS operations. Since incorporating in 2008, SecureStrux has worked with the Joint Forces, several military research institutions and a wide-range of private businesses to help secure their data and be sustainably ready.

SecureStrux is proud that nearly half of its workforce personnel are Veterans of the United States Military.

“ JSP CCRI Team, You all have been a beacon of security awareness throughout your time supporting all the various Pentagon Headquarter organizations. Our security posture has significantly improved due to all your efforts. You have raised awareness, provided technical assistance, and been a driving force for improved security throughout JSP and all supported organizations. ”

“ I would like to thank the network review team [member], Mr. Gaines...for the excellent review work they completed for the 2RCC CCRI, 07-19 AUG 16. Between the three of them, they were able to review nearly 16 sites worth of network devices, including internal, and external devices. Thank you for your hard work and dedication in successfully completing all review requests. ”

“ We got an Excellent on our CCRI and a Superior on our DSS SVA! Thanks to Michelle and the other SecureStrux team members. We wouldn't have been successful without them. ”